The site of Train Wood is as important as the woodland itself. Originally marshland on the floodplain of the River Wensum, it forms an important part of the Wensum Valley, that is crucially still in its green state. The site has seen various uses over the last few hundred years and has been settled for several thousand, with evidence of prehistoric settlement between the Wensum and the River Tud. Norwich was originally formed from several settlements, Coslayne being one of the original ones on the site. This area sits where modern day Coslany is to the south of the Woodland. There is evidence of Anglo Saxon settlement on the river terraces in the vicinity of the woodland; an Anglo Saxon settlement including a cemetery has been excavated on Eade Road on the top of the River Terrace nearby. 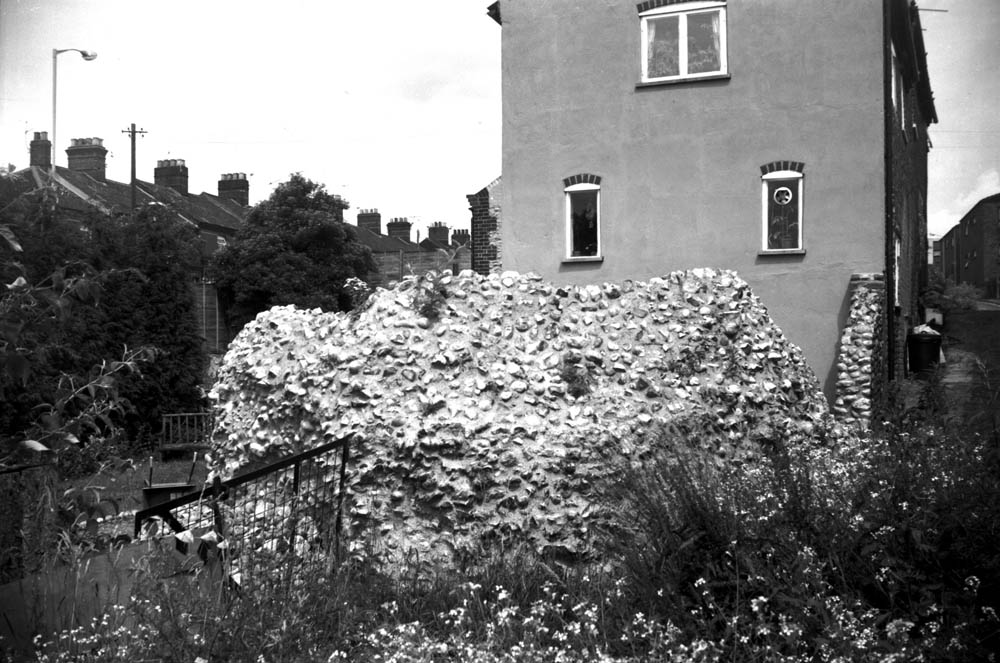 The area is also believed to have an association with the weaving industry and the dyeing of wool and cloth, with “Fullers” or “Walkers” being commonplace early industry on the edges of the river, there is also evidence of tanning and leather making industries in the area. When the city wall was built in the 13th Century, it terminated on the east bank, the marshland from Train Wood to “Hellgate” over near Westwick Street proving a good natural obstacle to any would-be attackers along the north western edge of the city. There is speculation as to whether there was a boom tower on the riverbank or if the terminal tower is the one that can be seen in the garden to the rear of what was the Dun Cow on St Martin’s at Oak Street.

Norwich City Station was built on the site in 1882 on a low swampy island between the River Wensum and a flood channel, which necessitated the building of two bridges made by Barnard, Bishop & Barnard of Norwich and an approach road onto the island. The main station building was Italianate in design with a central portico entrance, giving onto two main platforms covered with canopies bearing the letters E&MR (Eastern and Midlands Railway) in the spandrels. In the centre of the main platforms, 250ft from the main entry, were two short bay platforms used mainly for storage. Due to the swampy nature of the ground, the main entrance arch had already begun to crack and subside by 1900. 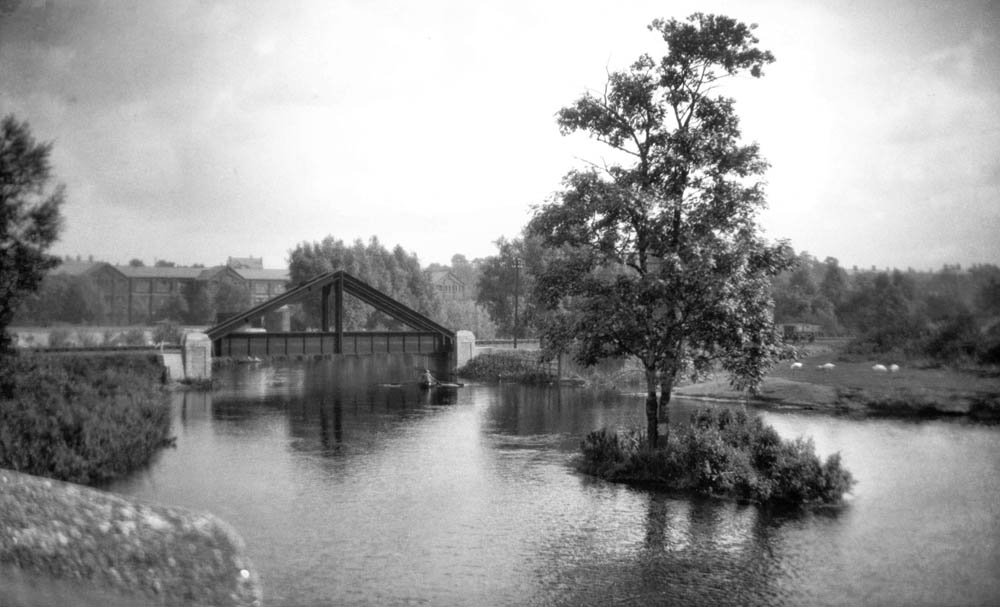 A tramway adjacent to platform one was laid across Station Road, following the west side of the Wensum, to the corporation depot at New Mills Yard. Coal trains were piloted from the station, over a level crossing, by a local shunter to the coal shute, a short wooden two-line jetty built out over the river, where a wooden crane unloaded the coal onto barges which were taken to the gas works near Bishops Bridge Road. All that remains of this operation, closed in the 1930s, are two short sets of tracks embedded in the cobbles which emerge from under the later built sewage pumping station at New Mills. To the east of the main line was a three road engine shed, two signal boxes (Norwich North & South), a drivers’ canteen, water tower, and a 60ft turntable which was installed in January 1931. 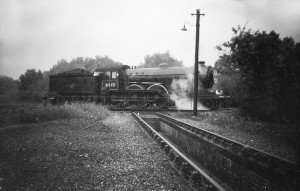 The connection into the goods yard was singled in 1926 and the north signal box demolished in 1934, with its duties replaced by the Norwich south box and an auxiliary tablet hut ground frame. Norwich south signal box was demolished in October 1962. The goods yard occupied a vast area of land, encompassing the cattle sidings, often with over one hundred wagon movements a day, down as far as Heigham Street where cattle lairs and pens for loading the animals onto trains were situated.

When the corporation yard moved to the end of Barker Street in the 1930s, a new coal siding was installed via a goods spur. Traffic movement into the yard was a complicated affair involving coal trains from the north being shunted into the goods yard then back onto a spur siding and, points changed at a ground frame, shunted in the opposite direction into the corporation yard. This became the scene of tragic accident in November 1944 when a B-24 Liberator, on an instrument landing training flight from Horsham St Faiths, hit the tower of St Phillips Church, severing 12ft off its right wing and, crippled, flipped over on its back and crashed inside the yard. No civilians on the ground were hurt but the bomber crew were killed in the incident. 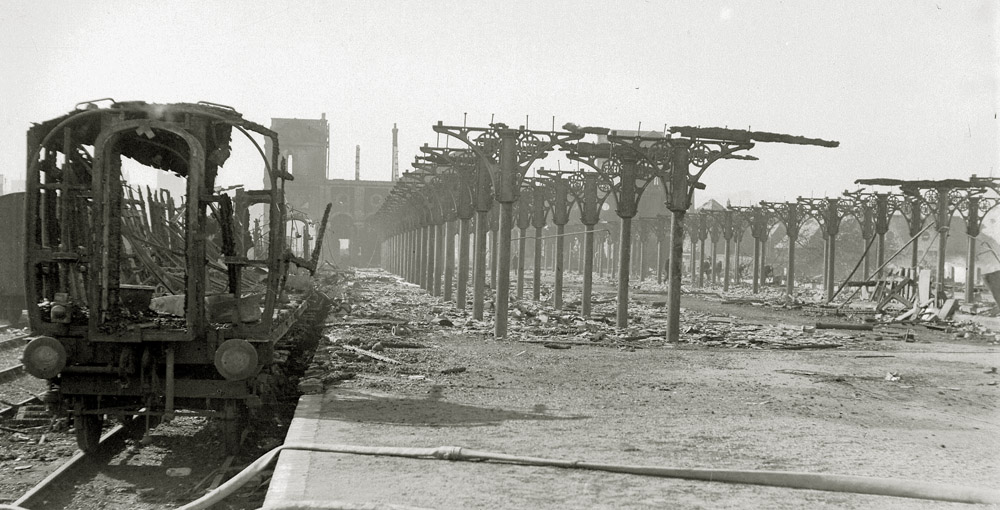 The main station buildings were badly damaged by an air raid on the night of the 27th/28th April 1942. The station appears to have been the main initial focus of the attacks on the city. Initially, high explosives were dropped on the station, followed by incendiaries. The platform canopies were totally burnt out and the already cracked portico was further damaged by the blast. The wood also contains the only known remaining bomb crater from WW2 in the city – a 250kg bomb believed to have been dropped by a Dornier.

With passenger numbers dwindling, in 1959 the line was closed to all but freight traffic until 1969, when City Station shut and was left to the encroaching undergrowth. Trees grew where trains once thundered on their way to bright holiday destinations or lowering herds of cattle were shipped off to pastures new. No more the shrill whistle of departure or the clank of coupling rods. The last A2 diesel railcar to Melton Constable had definitely left the station.

Considering Norwich City Station was the main terminus on the M&GN line it is surprising so little of the structure remains. During the 1970s, when the inner ring road was under construction, the platform infill was robbed out and used to build the mound on St Crispin’s roundabout and as hardcore for the duelling of nearby roads. The houses on Barker Street were demolished and the road extended south east. 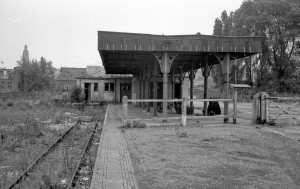 In 1976, local photographer Mark Dufton visited the site before the foliage took over completely and found the bay platforms. From 2011 Friends of Norwich City Station (FONCS) began digging at the site to preserve what is left of the station and surrounding buildings. Their work was focused on platform one, where a wall was found and the bay area cleared of undergrowth. Their hope was to uncover all the railway related parts to the area and turn it into a memorial garden as a tribute to the station and all who served the railway, including planting flowers and small bushes, notice signs and information boards of old pictures and M&GN benches. According to Jon Batley of FONCS, most of the station remains are there but were buried under tons of sludge when the river bottom was dredged. It is just a question of digging down to it.

The Marriott’s Way footpath, named for William Marriott – chief engineer and manager of the M&GN for 41 years – was extended to Norwich and follows the course of the old railway line.

The site has now returned to mixed wet and dry woodland, a habitat for many types of plant, insect and animal not found elsewhere in the city.

(Information regarding the station courtesy of FONCS, edited from the HEART website)